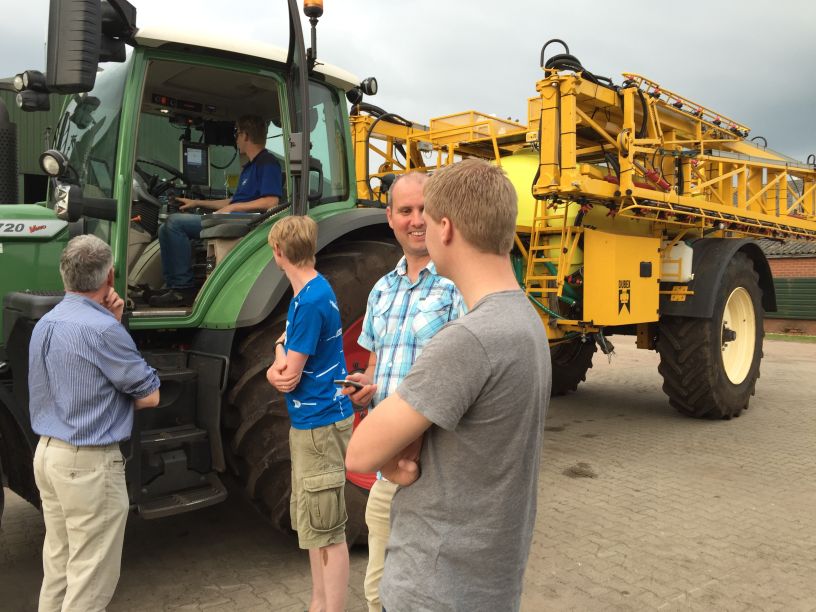 Farmer driven technology: the case of drones and satellites

In June and July this summer a series of on-farm hackathons was organised in the Netherlands, an initiative supported by Godan. Three dedicated teams consisting of coders, hackers and designers worked for 32 hours on specific challenges of individual farmers. In a series of blog posts we present the challenges and results of the four FarmHacks. Last week we presented the first FarmHack (HYPERLINK). The second hackathon evolved around the challenge of how we can help farmers to handle drone- and satellite data and manually adjust variables in order to tailor machine instructions. The bottom line: farmers prefer data collection and analysis "by farmers" above data collection "from farmers”.

FarmHack.NL is a Dutch partnership that is building a rich and divers ecosystem around farmers consisting of tech savy coders, creative designers and committed business developers. Godan supports the proactive sharing of open data to make information about agriculture and nutrition available, accessible and usable. They share FarmHack.NL’s mission to encourage collaboration and cooperation between stakeholders for data and tech-driven innovation in agriculture. As such they are one of the strategic partners of the initiative and also made some funds available to document the proceedings of the hackathons. 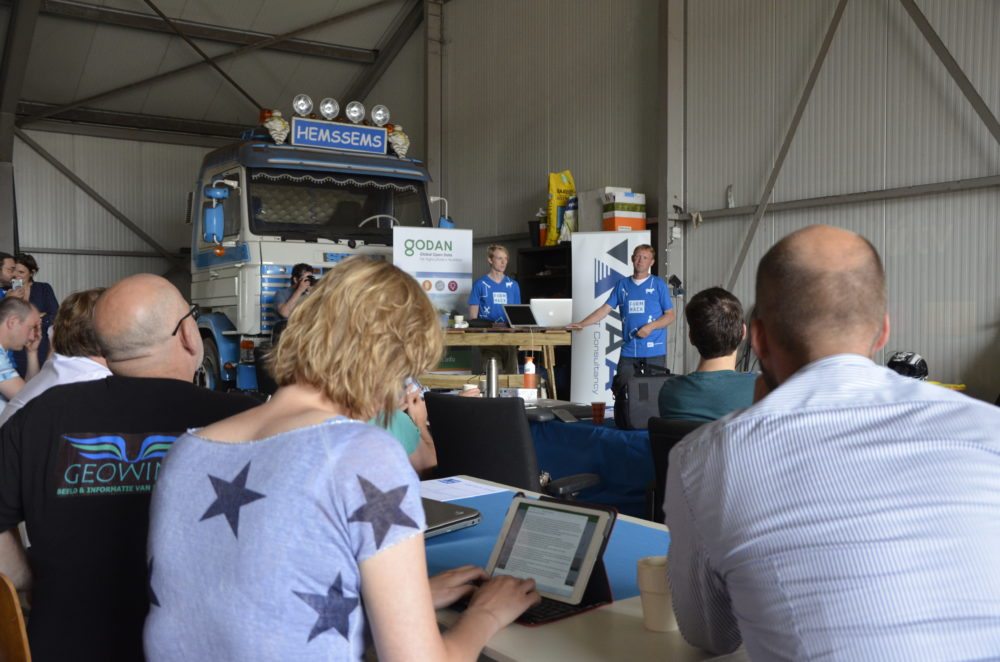 During the second FarmHack we visited farmer Nanne Sterenborg, a crop farmer in the north. He has been interested in precision agriculture for some time, and is eager to take it to the next level. He wants to get as much actionable insight from his drone and satellite data, to determine crop growth and build a system of analysis that allows Nanne to tailor his machine instructions. This allows him to include and anticipate personal knowledge and specificities about his fields, instead of working with generic instructions coming from his tech providers. Four interdisciplinary teams dedicated themselves to come up with smart and innovative solutions.

As Rowland, one of the participants described it: “The weekend began with a brief presentation of the farm itself by Nanne Sterenborg, followed by an overview of the two days ahead from the FarmHackNL team.  The idea is simply to come together over the proceeding 36 hours to try to solve as many problems on the farm as we can.  This weekend’s theme centres on data, and in advance we have been provided with a mixture of satellite and drone imagery to play with in addition to the live data collected on the day.  The group broke into several different teams - one looks at trying to automatically identify pests on the crops from digital images; another looks to improve the communication between analysis and farm equipment; whilst others are improving the way farmers can use the multitude of data to better manage their fields.  Nanne bounces between the teams, smiling the whole time, answering our questions and listening to our views on where the various technologies are headed in the future.  This continues through the night and early into the morning, with the FarmHackNL team in the background providing us with a steady flow of coffee, support and encouragement.”

The winning team came up with a proof of concept to instruct Nanne’s tractor to automatically decide how much pesticide to use, depending the number of the leaf mass per plant, applying variable rate within a field. The runner up built a corresponding application which automatically processes data and calculates variables of interest. This information can be used to create tailor made machine instructions. The app also included a functionality that enables manual adjustment of variables. The other two teams worked on exploring the possibility of using low-flying drones to make images and detect Colorado beetles and the possibility of building a Low Power Wide Area Network (LPWAN) to build a regional early warning system for Phytophthora.

Rowland Marshall: “I think the best thing we can expect in five years time is a situation where farmers understand exactly what drones could be used for and therefor they are able to drive the way they are used themselves [..] Rather than being pushed by the technology, it would be nice to see it pulled by the farmer” 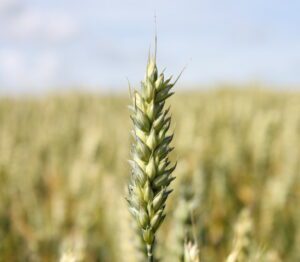 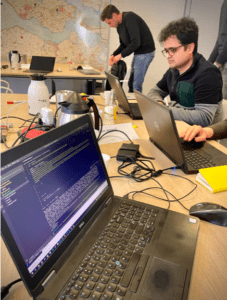 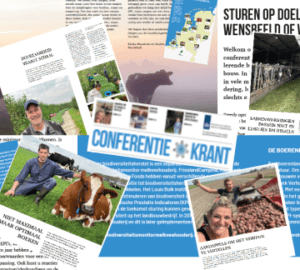 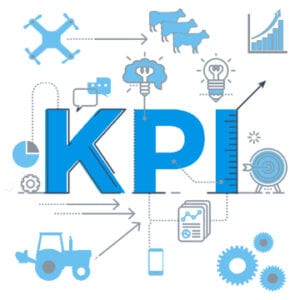 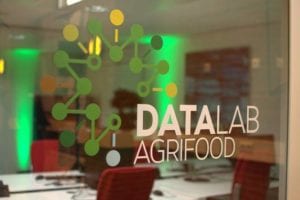